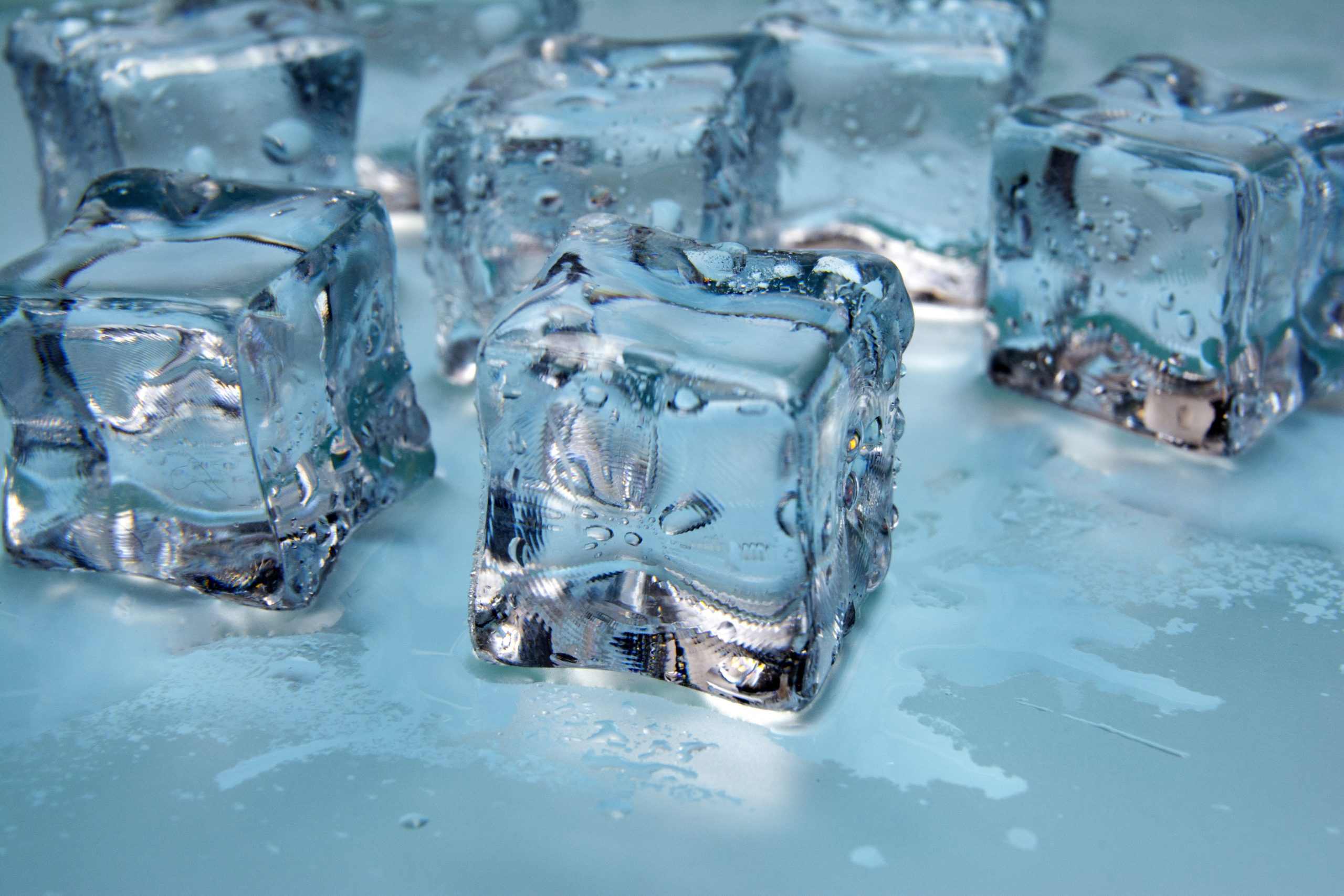 Don’t you hate it when you’re told, you can’t get what you want. When you listen for it, the world gives you this message just about every day, when you’re told, you can’t have it both ways. You can eat healthy food, or fast food, not both. You can drive fast and fun car, or save money on gas, not both. Somehow when issues are framed this way, we’re more likely to accept that we can’t get what we want.

Investors are told you can either make money on stocks or save the planet, not both. People have been trying it for years, and it doesn’t work, the returns are lousy. Fast forward to today. Sophisticated Investors know they can now can demand both this and that when it comes to investments.

This notion of a tradeoff between planets and profit is just bad framing. It’s not about whether we might make less money by considering the environment. It’s about how can we make more money by finding situations where companies are being smart about the environment in ways that helps them grow their revenues, reduce costs, and increase market share. In short, it’s about figuring out how to have it both ways.

The environment affects companies in so many different ways. There’s pollution and health effects, reputational damage, changing consumer preferences. A lot of these issues weren’t on the radar screen for many companies just 10 years ago.

Think about, for example, the organic food industry that used to be niche, but now it’s really mainstream. Or think about vehicle fuel economy as a key driver for engine design and customer choice. Because you wouldn’t want a car company to lie to you about your car’s fuel economy. Right? So, you care about these issues.

Environmental factors are fundamentally changing the game for business, some companies will adapt and succeed, and others will fail. If you’re an investor, you should be thinking hard about who those winners and losers will be.

The best companies, they’re not just going to survive in this rapidly changing environment. But they’ll find ways to thrive, they’ll figure out what’s going on with water scarcity, climate change, and they’ll pivot their strategies accordingly, well before it’s too late, and they’ll find ways to reduce their costs and risks on one hand, and smart ways to invest in the corollary opportunities to innovate and grow on the other.

Earlier we mentioned bad framing of profits versus the planet. Because of this false assumption investors have been conditioned for years to turn away from critical environmental factors, so conditioned that thanks to good work done by others in the investment community that US Department of Labor decided to issue a clarification statement to pension funds around the country. Because many of them thought they were prohibited by law from considering the environment and sustainability in their investments. They thought it was illegal to do so. It’s at this intersection of strong business performance and sustainability, where we find some of the most compelling long term investment opportunities.

Sustainable Investing: How to find the diamonds in the rough

When it comes to assessing business fundamentals, there’s a lot that goes into figuring what makes for a great company within a good to great industry. Things like management’s track record of success, returns on capital, the competitive dynamics, there’s a whole host of qualitative and quantitative information that goes into that analysis.

On the environmental side, the relevant research is what are the environmental strategies that make these great, fundamentally strong companies even better, and that’s what we call environmental business advantages or EBA. And when we find great companies with identifiable EBA, we know we have a good candidate for long term investment, especially because the rest of the market isn’t paying as much attention to these drivers of competitive advantage.

Cummins and Navistar are both companies that compete in the heavy-duty truck engine market. Navistar took a contrarian view when faced with new pollution regulations that really required brand new emission control technologies.

They bet that their old engine platform was somehow going to meet these new air emission regulations. And they were wrong. They were really wrong. 2010 rolls around and they begin to get fined for every engine that they were selling that was non-compliant to pull it and it gets worse.

By 2012 they had to abandon their entire engine platform. The company as a whole becomes unprofitable and has been ever since and for their own trucks that Navistar manufactures, they had to begin buying engines from Cummins, their competitor.

Now Cummins, on the other hand, was a technological leader. They invested early since the early 2000s in R&D and pollution control technologies to create a clear path to make engines that were cost effective and that exceeded these new requirements. Because of their technological lead, the stricter the regulation, the better it is for Cummins. This environmental business advantage has helped Cummins trounce the competition on a global basis, they have two to four times the market share of their closest competitor.

Yum brands own KFC, Taco Bell Pizza Hut, and their entire reputation was hit hard in 2012, when a third-party agency disclosed that they had detected 18 different antibiotics and chemicals, many of which had been banned in China that were used to fatten up their chickens quickly. And then in 2014, their stock price took another hit when an investigative reporter in China disclosed that one of their major meat suppliers have been falsifying expiration dates.

Yum Brands competes in a fast food but slow growing industry. Competition is intense, margins are generally thin, they fight it out for market share. Food quality is a critical factor for success. In such a competitive environment, how are you going to gain an edge? You can gain an edge because of the environment. And you can use Middleby. Now Middleby may be a company you’ve never heard of, but they are definitely a part of your diet. If you’ve ever had a toasty sandwich at Subway, enjoyed a warm pastry at Starbucks, or ever ordered a pizza that came out of a conveyor oven then you’ve interacted with Middleby.

Middleby is a global leader in energy efficient cooking equipment. Many other ovens operate at less than half the energy of competing models. And their view on sustainability goes well beyond energy efficiency. For example, they’ve innovated a new waterless food steaming technology. That’s actually pretty important for some restaurants around the world where water scarcity is acute. So Middleby is about saving energy, saving water. It’s also about food quality because of the controls they can put in place in kitchens.

Sustainable Investing is not about public perception

Most customers won’t know or even care about which oven was used in food preparation so sustainable investing – investing in companies with great environmental outlooks is not about ‘perception’, it’s about identifying what sustainable factors ca be used to give a competitive advantage and thus yield even greater profits through efficiency.

This isn’t just about sustainability. It’s about growing your top line and cutting costs to compelling customer value propositions that never go out of stock. Because of this environmental business advantage, Middleby has been able to far outgrow the pace of the broad, fast food industry. And they’re growing at twice the rate of any competitor. So, if you come at this with strategies that assume a tradeoff, quality food versus fast food, you’re going to assume away the very possibility of having it both ways.

Learn to spot the visionaries

Roughly 20 years ago, the company that became ARM made a decision that some thought was foolish; to design their microprocessors around low power and energy efficiency, while Intel and the rest of the industry was designing around computational power and speed. Because chip functionality has increased dramatically, you’re pretty happy with the features of your smartphones in general. And it’s in part because they’re energy efficient, we can deal with those small batteries. And arm has essentially enabled your mobile lifestyle. ARM now arm has 100% market share and smartphones. And they’re going after Intel’s bread and butter in the larger form factors of computer servers too.

Having it both ways: The Greater Greed

It’s having it both ways. Now, if building environmental business advantages were easy, everybody would be doing it. And you would have heard of EBA. Well, a common thread in the examples just mentioned is that it takes years of investment and strategic intent to build EDA to build competitive advantage. And that’s never easy. But in some of the smartest companies, the best investments are committed to building EBA. They may not call it that yet. But they’re doing it not just because customers are demanding good corporate citizens or just because of regulation, or because Greenpeace or other organizations are demanding greater action for the greater good. It’s actually about greater greed, which gives us an opportunity as investors to think about where a company’s greater greed intersects with our greater good.

If we think about Sustainable Investing as the ‘Greater Greed’ it’s not about about solar wind, compostable toilets or growing honeycombs, in every backyard. Individual actions are essential, yes, but there are trillions of dollars available today through some of the most progressive investment funds.

In the future most sophisticated investors envision rising standards of living and so will the billions of people around the world, expected to enter the middle class over the next decade, who will demand creature comforts like vehicles, fast food, and smartphones. This future does not have to pit profits versus the planet. It’s not a dichotomy because there are companies who are building this world today.

As you read this some of the smartest companies are making investments today for their own long-term sustainability in their own economic self-interest. So, they can compete for your loyalty and your dollars tomorrow.