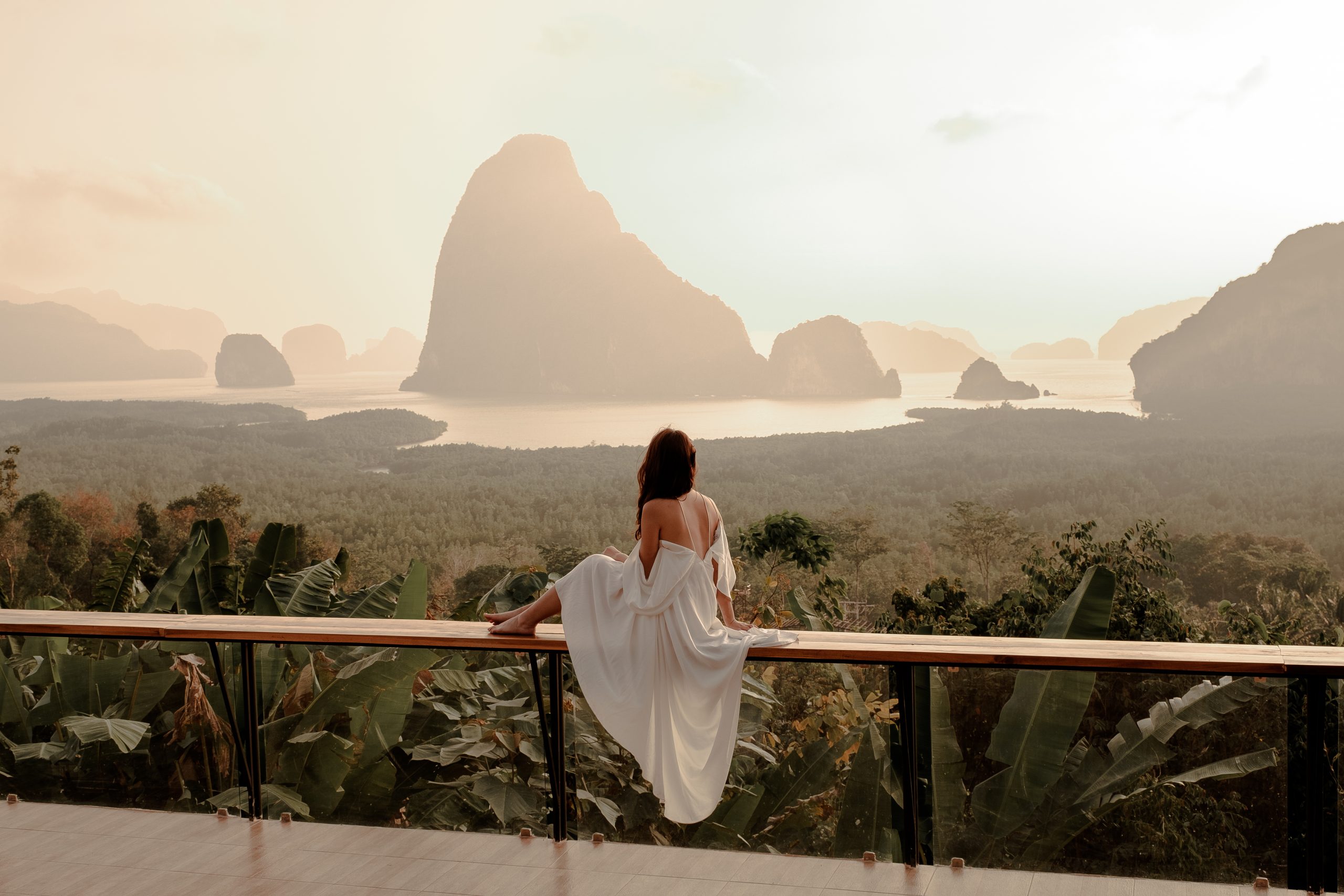 A second passport is essential in today’s world. There are several reasons why it is so important to have a second passport, and if you have more options, you can make smarter decisions. It opens doors around the world and gives more choices about how you travel, pay taxes, do business and live your life. A second passport is a core element of International Flag Theory.


Take your bank account, for example: You do not keep all your assets with the bank, but divide them up and deposit them in another account.

Why a Second Passport

If you have a good but weak passport, a second passport provides security against unpredictable threats and is insurance. For example, the government of the country could revoke your passport and take your money for any reason (think of Greece), and what would you do then?

Most people don’t know, but the US cancels passports of Americans living abroad every day.


If you only have one passport, it can be a weaponized against you by being withdrawn. With a second passport in hand, you do not have a valid travel document and if abroad can be forcibly returned to the United States. If you owe alimony, pay no tax or cause property damage, your passport may be revoked.

It is time to apply for a second passport before this nightmare becomes a reality, and you have secured your assets and your future now. A second passport allows you to internationalize your life and assets, but it is also important for your personal safety.

Internationalization means diversification; you can live your life as a citizen of Dominica, Portugal or Cyprus. You can open accounts, hold gold, do business and live like any citizen in your host country.

Benefits of Having Two Passports


One of the biggest benefits of a second passport is that it allows more visa free travel. When applying for a visa, the process and waiting for its approval is very lengthy, but with a “second passport” you can skip everything.

Foreign policy issues affect countries at all levels of the economic spectrum, and sometimes there is a direct correlation between foreign policy and economic activity in the US. For example, targeting foreign bankers and turning them into unpaid IRS agents makes it harder for Americans to open accounts and do business with about 95% of offshore banks.

In times of dispute, the political diversification that comes with a second passport is even more important. Governments have no reason to deprive their citizens of their citizenship or passports. There may be no need to join the army, to live as a refugee or to travel to a foreign country for political reasons.

If you live in a country with high taxes, taxes could be the main reason for a second passport. If your country of residence takes a large part of your income, you can switch to a tax-free passport.

It allows you to withdraw from the tax system and live a free life without interference from the State. Ultimately, you need to know which country is best suited to get a second passport and how to choose it.

Your goal should be to minimize taxes and maximize your options and security, but also the security of your family and your life.

What is the Best Second Passport


While it is believed a United States passport is the most powerful in the world, the country doesn’t fall into the top five strongest passports of 2020 according to CNN Travel. Sure, the American passport comes in tied for seventh strongest, but it lags behind countries such as Japan, Singapore, South Korea, Germany and getting second citizenship in Canada.

The pandemic of 2020 opened up the world’s eyes to the power or lack thereof that a passport offers. Wealthy individuals can find greater freedom and flexibility by gaining a second passport or residency permit. As of this year, Americans can travel to 185 countries. By adding a second passport through investment, not only is that number increased, but it allows holders to enjoy privileges only nationalized citizens of those countries enjoy.

If you are looking for a second passport and additional citizenship to another country, here is a look at places you may find the financial freedom and flexibility you desire.

In case you have never heard of it, Vanuatu is an island chain in the southwest Pacific Ocean. The island chain is around 500 miles from Fiji and a little more than 1,100 miles from Australia. Yes, you truly get away from it all on the tropical paradise that is Vanuatu where 65 of its islands are inhabited to some degree.

Vanuatu provides the quickest investment to citizenship program to foreigners. For an investment of as little as $130,000, you can become a citizen of Vanuatu in just 30 days. The investment figure is incredibly low for the end result of gaining a second passport.

The island nation’s biggest exports are copra, cocoa, kava, and beef. Seafood and seed oils are also major exports of the country. Many of these exports are traded with Oceania and Asian neighbors including Australia, Singapore, and New Zealand.

A Vanuatu passport allows travelers to visit 129 countries visa-free. US passport holders do get 185 visa-free countries to visit, but some of these may not overlap. In addition, you may not want to travel on an American passport for various reasons.

Investors into the Caribbean island of St Kitts and Nevis can receive a passport in two to three months following the submission of the appropriate documents. If you want it sooner, you can fast track the process and get it in as few as 60 days. But why gain a passport for the tiny Caribbean island nation?

The passport allows visa-free entry into 152 countries around the globe. That includes entry into the United Kingdom and European Union – two significant areas. Located in the eastern Caribbean Sea, St Kitts and Nevis is made up of two islands. It is home to around a mere 52,000 people.

US investors have two options to gain a passport for St Kitts and Nevis. They can either donated $150,000 to the country’s government or invest a minimum of $200,000 into the country’s local property development.

Having an EU passport makes it possible to travel around much of Europe without constraints. It also gives you the chance to explore a majority of the world without hassle. An EU passport is a great secondary citizenship option as it gives you a lot of perks.

For a mere $300,000 property investment into Greece, you can gain an EU passport and Greek residency. You won’t be afforded Greek citizenship, but you receive residency, meaning you can live there long-term without issues. The residency permit is good for five years and can be renewed upon expiration.

Although Greece was hit hard by the World Economic Crisis around 10 years ago, it has rebounded. It is a popular holiday destination for Europeans and Russians. Therefore, commercial and residential property investments can yield profits in the long-term on the mainland or on one of the country’s islands.

Two of the best reasons to invest in Greece is that it offers you access to the country’s universal healthcare system. You may not need it and prefer private healthcare, however. In addition, your children may be eligible for lower European university tuition rates.

American investors taking the Cyprus passport route can obtain residency in a mere two months. To gain residency, you will need to make a minimum investment of around $356,000 in real estate. The property investment must be a first-time sale and can comprise of up to two housing units. Both units must be purchased from the same developer.

Cyprus’s tax regime is beneficial to Americans. There are no global dividends, interest and income tax, no tax on gains and no inheritance tax. Those benefits shouldn’t be overlooked by Americans seeking a second passport.

Cyprus is a major European travel destination, so investing in vacation properties that can be rented out is something to explore. At the moment Cyprus has frozen the Citizenship by Investment program, but it could be reopened in 2021 following the COVID-19 pandemic.

A property investment of $250,000 enables you to gain a second passport for Turkey. Although not a part of the EU, a Turkish passport gains you entry into a number of countries – as well as living a good standard of life.

Property investments can be made on a wide swath of options from villas to apartments. Turkey’s economy gives you the option to spend a low investment amount for a high-quality of life. One of the major perks of gaining a Turkish passport is that you can gain dual citizenship – not all countries allow for dual citizenship. In addition, citizenship can be passed down to children.

The world continues to change and evolve, and gaining a second passport is quickly becoming a top priority for wealthy, high-worth individuals. Investment is the key way to gain a second passport and these countries offer a variety of great reasons to invest and reap the rewards.

Portugal’s Golden Visa programme has proved to be the most popular in Europe, attracting investors from all over the world, from the Middle East, Africa, Asia, Latin America and Europe.

The investor visa programme, launched in 2012, is actively supported internationally by the Portuguese Government. Portuguese citizens with a reduced income of 350,000 euros will receive a residence permit for themselves, their families and their dependent children.

One of the most attractive options is to apply for permanent residence and citizenship after five years in Portugal. If the applicant has lived in the country for two years, he can renew the golden visa and obtain citizenship. The applicant and his family can visit Portugal up to three years after the renewal of the Golden Portuguese Visa. Once an applicant is resident in a country, he or she will be granted citizenship after having resided in that country and lived there for two years.

The Portuguese residence card, issued under the Golden Visa programme, allows holders to travel within the EU’s Schengen area. Portuguese citizenship or a second passport gives people the right to live, work and study anywhere in the European Union. Investors who obtain a residence permit under the Golden Visa programme must pass a basic language test and prove a connection to the country.

Like many southern European countries, Portugal’s property market has suffered from the credit crisis, but investors have made big profits in recent years. Prices have risen and stagnated, and investors entering the property market in Portugal on a Golden Visa have excellent prospects for capital gains in the coming years, according to a report by the European Commission.

Before any investment, it is important to get proper project and legal advice, and serious buyers should be aware that renovation projects are subject to a reduced limit of 350,000 euros per year. You can get a golden visa if you invest 350,000 euros in a property in need of renovation.

Such projects must be recognized by the SEF as eligible for the reduced investment amount. Investors can view the application form and check the details of the renovation project, the location of the property and the cost of renovation.

More than a Second Passport

One individual can hold two, three, and sometimes even more passports. If you pass through a naturalization process in some country. It is common to use a second passport to unlock the benefits of a third or fourth. 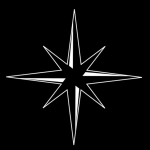