How the Blockchain Will Radically Transform the Economy

Home > Lifestyle > How the Blockchain Will Radically Transform the Economy 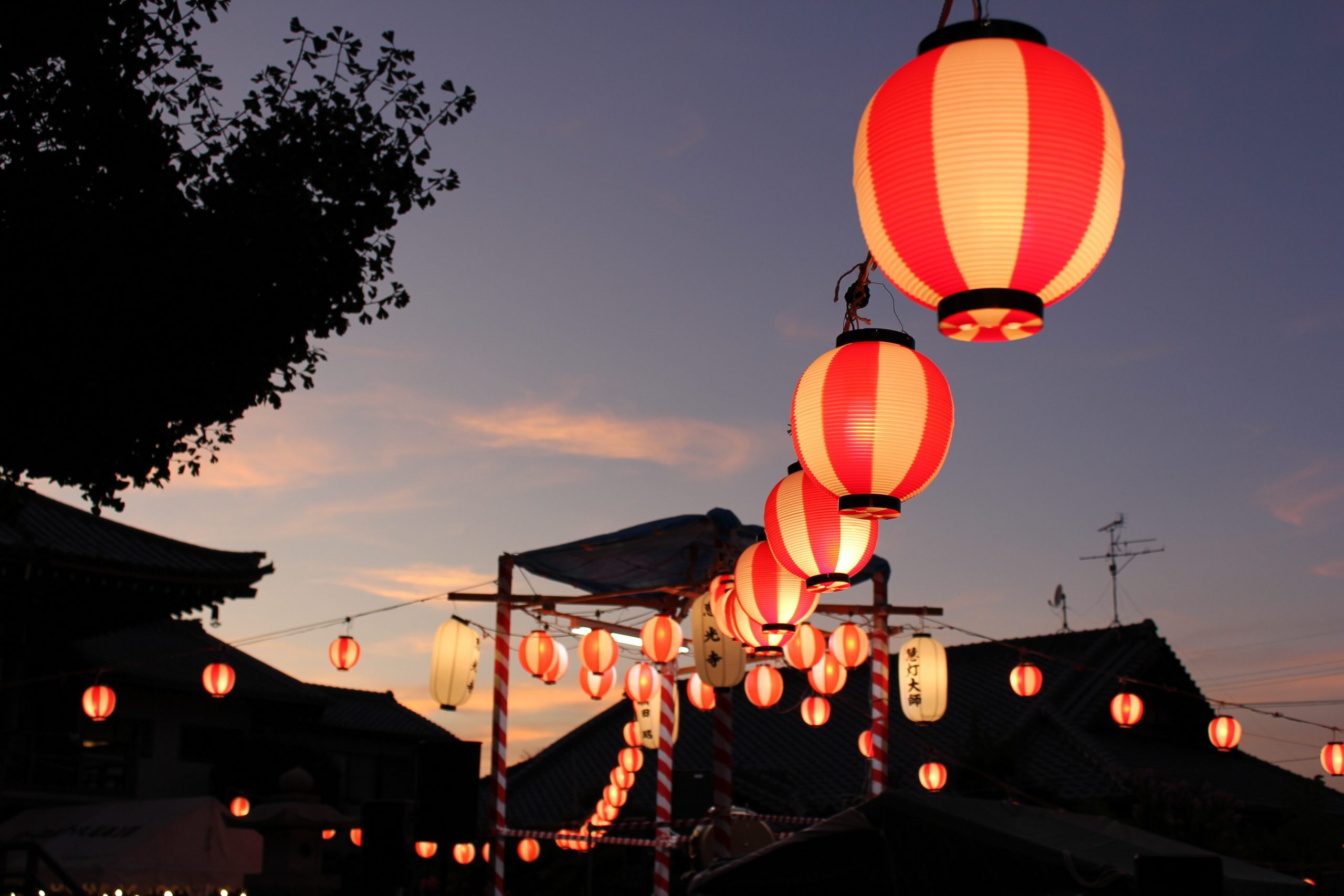 How the Blockchain Will Radically Transform the Economy

Economists have been exploring people’s behavior for hundreds of years, how we make decisions, how we act individually and in groups, how we exchange value. They’ve studied the institutions that facilitate our trade, like legal systems, corporations, marketplaces. But there is a new technological institution that will fundamentally change how we exchange value, and it’s called the blockchain.

Now, that’s a pretty bold statement, but remember that while block chain technology is relatively new, it’s also a continuation of a very human story. And the story is this. As humans, we find ways to lower uncertainty about one another so that we can exchange value.

One of the first people to really explore the idea of institutions as a tool in economics, to lower our uncertainties about one another and be able to do trade was the Nobel economist Douglas North. He pioneered new institutional economics. And what he meant by institutions were really just formal rules like a constitution and informal constraints like bribery. These institutions are really the grease that allow our economic wheels to function, and we can see this play out over the course of human history. If we think back to when we were Hunter-Gatherer economies, we really just traded within our village structure. We had some informal constraints in place, but we enforced all of our trade with violence or social repercussions.

As our societies grew more complex and our trade routes grew more distant, we built up more formal institutions, institutions like banks for currency, governments, corporations. These institutions helped us manage our trade as the uncertainty and the complexity grew and our personal control was much lower.

Blockchain as an evolution of humanity

Eventually, with the Internet, we put these same institutions online. We built platform marketplaces like Amazon, eBay, Alibaba, just faster institutions that act as middlemen to facilitate human economic activity. As Douglas North saw it, institutions are a tool to lower uncertainty so that we can connect and exchange all kinds of value in society, and we are now entering a further and radical evolution of how we interact and trade, because for the first time, we can lower uncertainty not just with political and economic institutions like our banks or corporations or governments, but we can do it with technology alone.

Blockchain technology is a decentralized database that stores a registry of assets and transactions across a peer to peer network. It’s basically a public registry of who owns what and who transact what. The transactions are secured through cryptography and over time, that transaction history gets locked in blocks of data that are then cryptographically linked together and secured.

This creates an immutable record of all of the transactions across this network. This record is replicated on every computer that uses the network. It’s not an app, it’s not a company. It’s closest in description to something like Wikipedia.

It’s a composite view that’s constantly changing and being updated. We can also track those changes over time on Wikipedia and we can create our own wikis because at their core, they’re just a data infrastructure.

On Wikipedia, it’s an open platform that stores words and images and the changes to that data over time on the block chain, you can think of it as an open infrastructure that stores many kinds of assets. It stores the history of custodianship, ownership and location for assets like the digital currency, Bitcoin, other digital assets like a title of ownership of IP, it could be a certificate, a contract, real world objects, even personal identifiable information. There are, of course, other technical details to the block chain, but at its core, that’s how it works, its public registry that stores transactions in a network and is replicated so that it’s very secure and hard to tamper with.

How block chains lower uncertainty and how they therefore promise to transform our economic systems in radical ways.

Uncertainty is a big term in economics, we face three forms of it in almost all of our everyday transactions where blockchains can play a role.

We face uncertainties like not knowing who we’re dealing with, not having visibility into a transaction and not having recourse if things go wrong. So let’s take the first example, not knowing who we’re dealing with, say you want to buy a used smartphone on eBay, the first thing you may do is is look up who you’re buying from. Are they a power user? Do they have great reviews and ratings or do they have no profile at all? Reviews, ratings, checkmarks. These are the attestations about our identities that we cobble together today and use to lower uncertainty about who we’re dealing with. But the problem is they’re very fragmented. Think about how many profiles you have. Blockchains allow for us to create an open global platform on which to store any attestation about any individual from any source.

This allows us to create a user controlled portable identity. More than a profile, it means you can selectively reveal the different attributes about you that help facilitate trade or interaction, for instance, that a government issued you an ID or that you’re over twenty one by revealing the cryptographic proof that these details exist and are signed off on.

Having this kind of portable identity around the physical world and the digital world means we can do all kinds of human trade in a totally new way. So we’ve talked about how block chains could lower uncertainty and who are dealing with the second uncertainty that we often face is just not having transparency into our interactions.

Individuals want to know for example that the products they buy online and the same ones that arrive in the mail and that there’s some record for how it got to them. This is true not just for electronics like smartphones, but for many kinds of goods and data, things like medicine, luxury goods, any kind of data or product that we don’t want tampered with. The problem in many companies, especially those that produce something complicated like a smartphone, is they’re managing all of these different vendors across a horizontal supply chain. All of these people that go into making a product, they don’t have the same database.

They don’t use the same infrastructure. And so it becomes really hard to see transparently a product evolve over time. Using the blockchain, we can create a shared reality across non trusting entities.

All of these nodes in the network do not need to know each other or trust each other because they each have the ability to monitor and validate the chain for themselves. Think back to Wikipedia. It’s a shared database. And even though it has multiple readers and multiple writers at the same time, it has one single truth. So we can create that using blockchains, we can create a decentralized database that has the same efficiency of a monopoly without actually creating that central authority.

So all of these vendors, all sorts of companies can interact using the same database without trusting one another. It means for consumers we can have a lot more transparency as a real world object travels along, we can see its digital certificate or token move on the blockchain, adding value as it goes. This is a whole new world in terms of our visibility.

The last uncertainty that we often face as an economic society is one of the most open ended, and it’s reneging.

Blockchains allow us to write code binding contracts between individuals and then guarantee that those contracts will bear out without a third party enforcer. So if we look at the smartphone example, you can think about escrow. You are financing that phone, but you don’t need to release the funds until you can verify that all the conditions have been met.

The very thing that probably flawed Douglass North about this use of technology is the thing that makes it work, the very thing that keeps the blockchain secure and verified is our mutual distrust. So rather than all of our uncertainties slowing us down and requiring institutions like banks, our governments or corporations. We can actually harness all of that collective uncertainty and use it to collaborate and exchange more and faster and more open.

Blockchain is no silver economic bullet

The blockchain is not the solution to everything. The truth is this technology is in its infancy and we’re going to need to see a lot of experiments take place and probably fail before we truly understand all of the use cases for our economy. But there are tons of people working on this, from financial institutions to technology companies, startups and universities, and one of the reasons is that it’s not just an economic evolution, it’s also an innovation in computer science.

Blockchains give us the technological capability of creating a record of human exchange, of exchange of currency, of all kinds of digital and physical assets, even of our own personal attributes in a totally new way. So in some ways, they become a technological institution that has a lot of the benefits of the traditional institutions we’re used to using in society. But it does this in a decentralized way. It does this by converting a lot of our uncertainties into certainties.

About the Expert Contributor


Zanthe Alexander Bentley is a finance veteran with over 25 years’ wealth management experience advising both family offices and institutions on their corporate finance requirements including capital raises (debt & equity), restructurings and M&A activities. He has significant experience in investment management and investment banking and spent nine years at UBS focused on convertible bond arbitrage and equity derivatives.